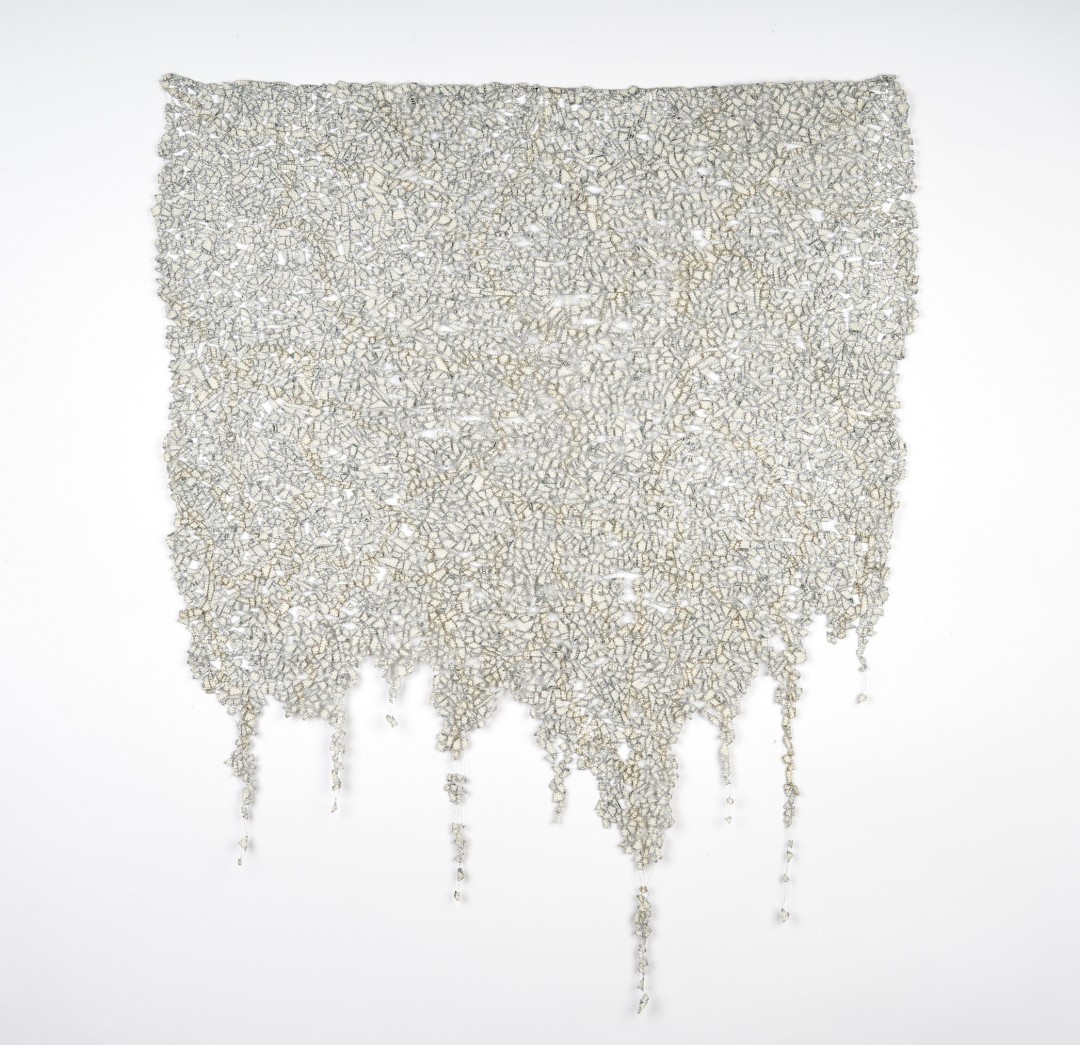 I like money in its shredded state because it is stripped of value and power. Worthless, it becomes just so much green and white confetti. It is literally not worth the paper it’s printed on.

As I separate each strip or geometric shred, the patterns, letters, numbers, and gradations of color are more striking than when the bills are intact. Washington’s heavy-lidded eyes, references to higher powers, cryptic serial numbers, seals and signatures, scrolls and flourishes. When sliced-up and decontextualized, U.S. currency is really quite mysterious and beautiful.

No one values money in this impotent state. It no longer has the ability to poison relationships, threaten democracy, topple governments, create privilege and misery. Stitched together with metallic thread into forms resembling textile fragments, or in geometric or curvilinear configurations, these tiny fragments of paper acquire a new value and meaning.