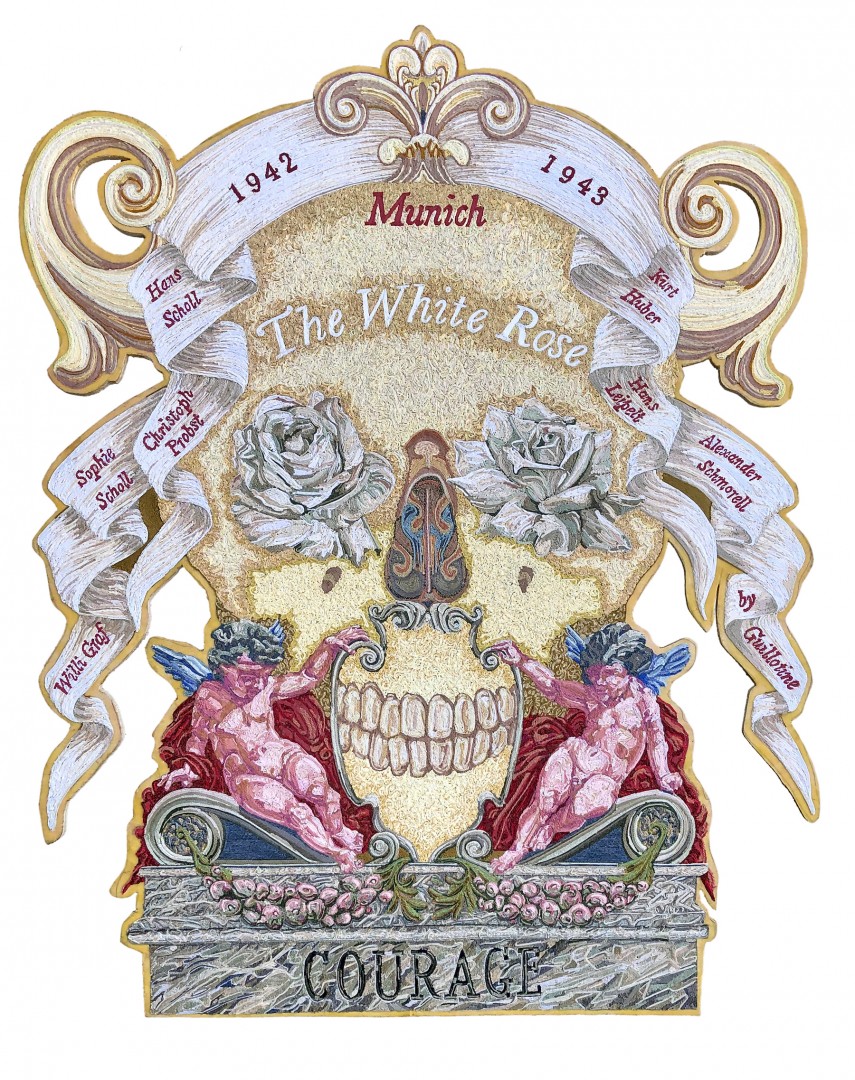 We live in a time of great political upheaval.

It is possible to trace the rise of Russian-style Kleptocracy in America from the 1980s. It may feel that all is lost, but as historian Timothy Snyder directs, Do Not Obey in Advance. Although the courageous non-Jewish activists of The White Rose were beheaded for their activities, we must summon the same commitment to freedom in 2020.

Despite anti-Nazi speech being relentlessly prosecuted by the Gestapo (German State Secret Police) a group of University students formed The White Rose, a nonviolent intellectual resistance group. They wrote, printed, and distributed 15,000 leaflets advocating nonviolent resistance denouncing persecution, the mass murder of Jews, and the end to the war. 7 core members, most in their early 20s, were executed by guillotine in 1943.

Across the world, The White Rose symbolizes opposition to tyranny and a fight for freedom. This is my inspiration.